What Is DCM And How Can I Protect My Dog? 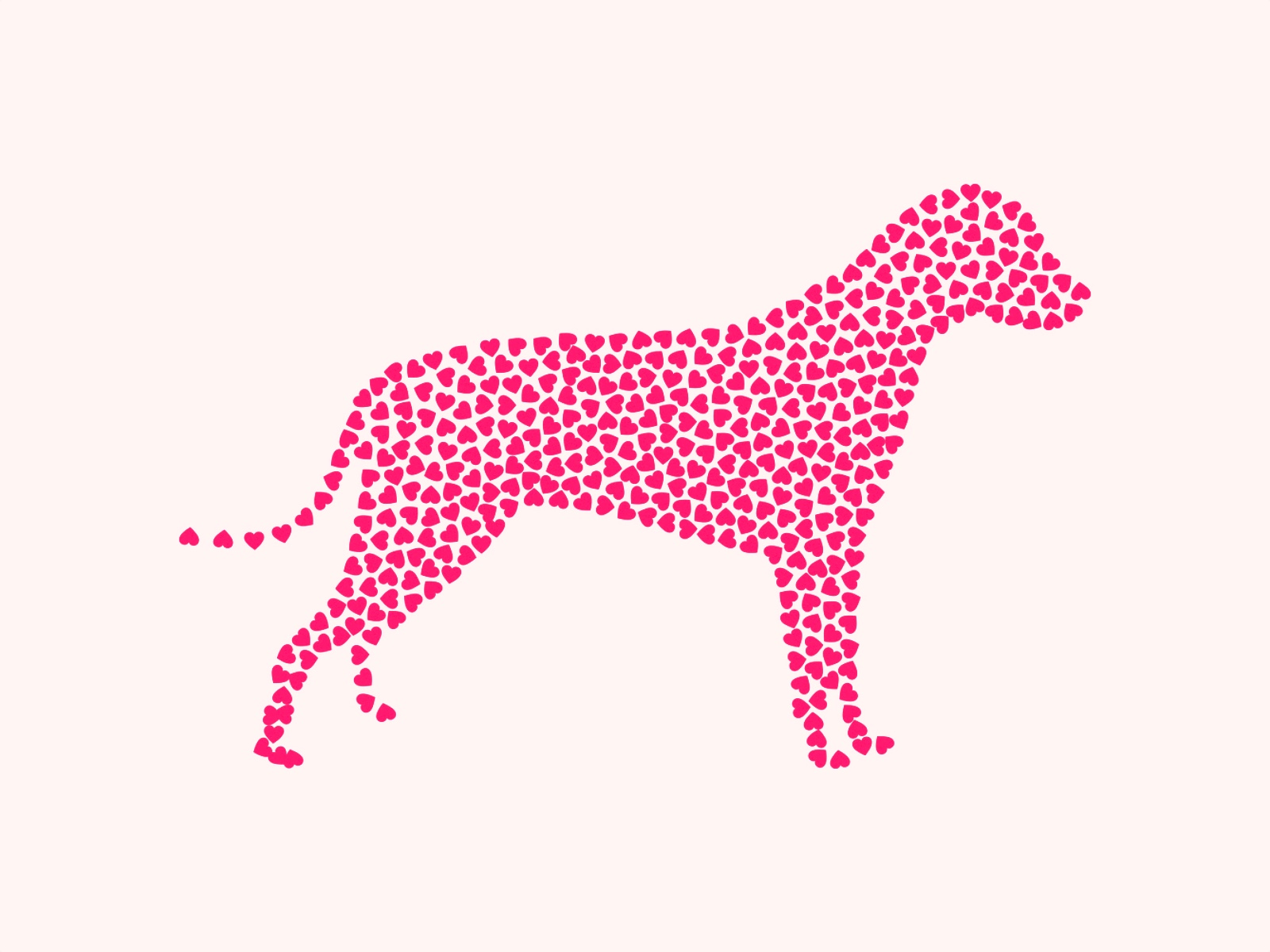 CE: Today we’re going to talk about a really hot topic, DCM, in dogs.  Can you start by explaining to me what exactly is DCM?

TT: DCM is dilated cardiomyopathy.  That means the heart, the heart gets bigger, dilated, and the muscle gets weaker and cannot do its pumping job any more properly.  So there is lack of blood and energy and oxygen coming to the rest of the body because the heart cannot do its job properly.  It’s similar to, sometimes similar to heart valve insufficiency, so that the blood is not enough that is pumped to the body.

CE: Yes, okay and what sort of symptoms would an owner notice if their dog was panting?

TT: Well of course panting, not enough energy, in any kind of short burst of any type of exertion, the energy is lost, the dog cannot breath any more, there is not enough blood supply, so this is one of the symptoms.  The same things, actually very similar to what would you have with heart valve insufficiency sometimes.

CE: Okay so it’s really important for owners to sort of pick up any changes like that very quickly?

CE: And take them to the vet and get them checked so that we can see if this is an issue.

TT: That is correct, yes.

CE: So why is there so much controversy about DCM at the moment, I mean it’s really big in the dog food community, and I’ve seen lots of videos and information and new studies coming out showing particularly the studies that I’ve seen, have been looking at some of the kibbles that people have been using and there’s more of a precedent of DCM being shown now in the grain free kibbles etc., so has DCM always been around in dogs and is it increasing?

TT: Actually when I think about it, yes, it was always around, but not as strong as now, because earlier the dogs were getting more scraps and more natural food from the table and they were more integrated in the family’s eating habits, because the families had habits to eat.  Now there are no habits any more and the dogs are actually fed mostly with kibble or raw food that is a sausage form, that is formulated to be good, and it’s actually more about convenience, just feed it and forget it.  That’s what they try to do.

TT: I mean from what I can see, the discussion goes to the wrong direction right now because dogs are dogs, dogs are not humans and if you want to compare their metabolism you have to understand what taurine does for them and what the grains do for them and what the legumes are doing for them, because protein is not protein.  They are not built equally.  So different sources of protein have different digestivity for different species.  For us it’s different, for dogs are different, for cats are different, and also we have different needs in terms of fibres and carbohydrates.  So dogs should get most of their nutrients from an animal source.  So when you start to replace it and you replace it with legumes or grains, both are equally not the right thing to feed let’s say.

CE: So let’s get back to basics because I’ve seen, there’s a lot been spoken about and we’ll cover each in order really about taurine, total amino acid content and also legumes, can you start by just being really clear about what is an amino acid?

TT: Okay amino acids are basically the building blocks for proteins and peptides.  So when you put them together you, in smaller groups they are peptides and bigger groups they become poly peptides and then protein.  So we need them for different things.  We make them enzymes, building blocks for cells, cell wall, all types of hormones and these are mostly, amino acids are like Lego stones for different types of structures.  They have different colours, different shapes and they have their different roles, and some of the building blocks have singular roles and some of them are like universal like glutamine, it’s a universal amino acid from there you can build a lot of things, but some of them are very special.

CE: So a bit like Lego really where you’ve got some that you need to create any structure and others that you’re just going to create with the specialised at the top sort of thing.

TT: That is correct, so the essential amino acids are the ones that we have to take them with our food the way they are.  We cannot convert anything to them.  That’s why they are essential.

CE: And do dogs have the same essential amino acid requirements as humans?

TT: There are actually two more than humans.

TT: So horses also and cats, and then we talk about taurine.  So taurine is not an amino acid and it is not essential to get from outside.  Of course it is essential for the function, but when we say essential, we mean that it cannot be converted from something else.

CE: Within the body?

TT: Within the body.  Therefore taurine might be essential for the cats, but definitely not for the dogs.  The problem starts in the conversion of taurine, because we need certain amino acids to convert from and if we don’t have then enough or if we stop absorption of them in the gut flora, then we suddenly have problem with the production of taurine and then there is the other side when we use more for different things, I will come to that later, and we don’t produce enough, we have a lack of taurine, although if you would feed differently you might have not needed that much of a taurine at the first place.

CE: So taking it back you were saying a minute ago about some of the direction in terms of what they think might be causing the increase in DCM in dogs that we’re seeing unfortunately a lot of at the moment, so taurine has come up as a biggy and from what you’ve just said I’m understanding that dogs can metabolise taurine from building blocks of amino acids within the body?

TT: That is correct, yes.

CE: But obviously if they’re lacking those building blocks going into their body,

CE: they can’t produce the taurine.

TT: That is correct.

CE: So we’ve got a deeper layer than just flooding the body with taurine.

TT: That is correct, so let’s elaborate on that.  First of all grains are actually no use for dogs.  There is a reason.  This is phytic acid, and that is an anti-nutrient that blocks a lot of metals and other things and it might be also blocking the absorption or the usage of taurine in the gut flora.  That’s a possibility, or it can block some of the other things that is connected to taurine metabolism in the body.  So but this is the grain so when they say grain free food, it doesn’t make the food better.

TT: Because you have to know what is there instead of the grain.

TT: If it’s legumes, legumes are no dog food.  Dogs have very hard time putting down the proteins to its building blocks, amino acids in the stomach, when there’s a lot of starch and fibre involved, like in legumes.

TT: For dogs that’s almost impossible, right, so legumes are a no go for a dog, because it’s not used well.  So, and the protein profile of the legumes are not very dog friendly let’s say, so for dogs to use them in smaller building blocks is like really hard to, it’s like playing small Lego with sausage fingers, it’s like really hard to do it for the dog’s system.  Therefore the dogs need all the animal proteins which is much easier for them to digest.  It’s a more purer form, if the meat is lean or the organs are lean and the dog has a super easy time to digest it properly.  So when you take away the grains and put legumes in, and you have not enough amino acids that are coming into the body, not important how much taurine there should be in the food normally, you will have a very bad time, hard time to keep the level.

CE: and make sure that the carbohydrates are not too high?

TT: That is correct.  And the carbohydrate source is also very important.  Fruits are more suitable for a dog than complicated starch sources like potatoes or sweet potatoes.  I mean you can use them, but for variation, but if they are the every day food of your kibble you are feeding your dog with, it causes definitely trouble.

CE: Yes, so back to basics, back to natural real food in whatever form you choose to do it and hopefully that will minimise the problems as much as possible?